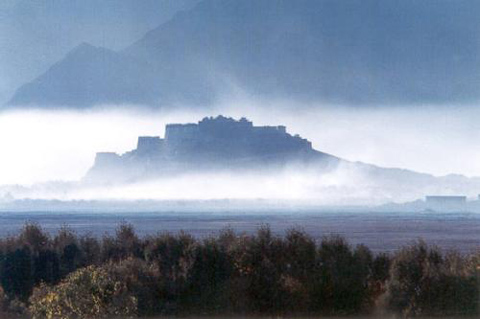 •  High level of comfort in the clinic

Within China , there has been a great deal of cooperation between TCM practitioners and Western medicine, especially in the field of ethnomedicine . Chinese herbal medicine includes many compounds which are unused by Western medicine, and there is great interest in those compounds as well as the theories which TCM practitioners use to determine which compound to prescribe. For their part, advanced TCM practitioners in China are interested in statistical and experimental techniques which can better distinguish medicines that work from those that do not. One result of this collaboration has been the creation of peer reviewed scientific journals and medical databases on traditional Chinese medicine.

Outside of China , the relationship between TCM and Western medicine is more contentious. While more and more medical schools are including classes on alternative medicine in their curricula, older Western doctors and scientists are far more likely than their Chinese counterparts to skeptically view TCM as archaic pseudoscience and superstition. This skepticism can come from a number of sources. For one, TCM in the West tends to be advocated either by Chinese immigrants or by those that have lost faith in conventional medicine . Many people in the West have a stereotype of the East as mystical and unscientific, which attracts those in the West who have lost hope in science and repels those who believe in scientific explanations. There have also been experiences in the West with unscrupulous or well-meaning but improperly-trained "TCM practitioners" who have done people more harm than good in many instances.

As an example of the different roles of TCM in China and the West, a person with a broken bone in the West (i.e. a routine, "straightforward" condition) would almost never see a Chinese medicine practitioner or visit a martial arts school to get the bone set, whereas this is routine in China . As another example, most TCM hospitals in China have electron microscopes and many TCM practitioners know how to use one.

This is not to say that TCM techniques are considered worthless in the West. In fact, Western pharmaceutical companies have recognized the value of traditional medicines and are employing teams of scientists in many parts of the world to gather knowledge from traditional mouth healers and medical practitioners. After all, the active ingredients of most modern medicines were discovered in plants or animals. The particular contribution of Western medicine is that it strictly applies the scientific method to promising traditional treatments, separating those that work from those that do not. As another example, most Western hospitals and increasing numbers of other clinics now offer T'ai Chi Ch'uan or qigong classes as part of their inpatient and community health programs.

A degree of integration between Chinese and Western medicine also exists in China . For instance, at the Shanghai cancer hospital, a patient may be seen by a multidisciplinary team and be treated concurrently with radiation surgery, Western drugs and a traditional herbal formula.

It is worth noting that the practice of Western medicine in China is somewhat different from that in the West. In contrast to the West, there are relatively few allied health professionals to perform routine medical procedures or to undertake procedures such as massage or physical therapy .

In addition, Chinese practitioners of Western medicine have been less impacted by trends in the West that encourage patient empowerment, to see the patient as an individual rather than a collection of parts, and to do nothing when medically appropriate. Chinese practitioners of Western medicine have been widely criticized for over-prescribing drugs such as corticosteroids or antibiotics for common viral infections. It is likely that these medicines, which are generally known to be useless against viral infections, would provide less relief to the patient than traditional Chinese herbal remedies.

Traditional Chinese diagnostics and treatments are often much cheaper than Western methods which require high-tech equipment or extensive chemical manipulation.

TCM doctors often criticize Western doctors for paying too much attention to laboratory tests and showing insufficient concern for the overall feelings of patients.

Modern TCM practitioners will refer patients to Western medical facilities if a medical condition is deemed to have put the body too far out of "balance" for traditional methods to remedy.